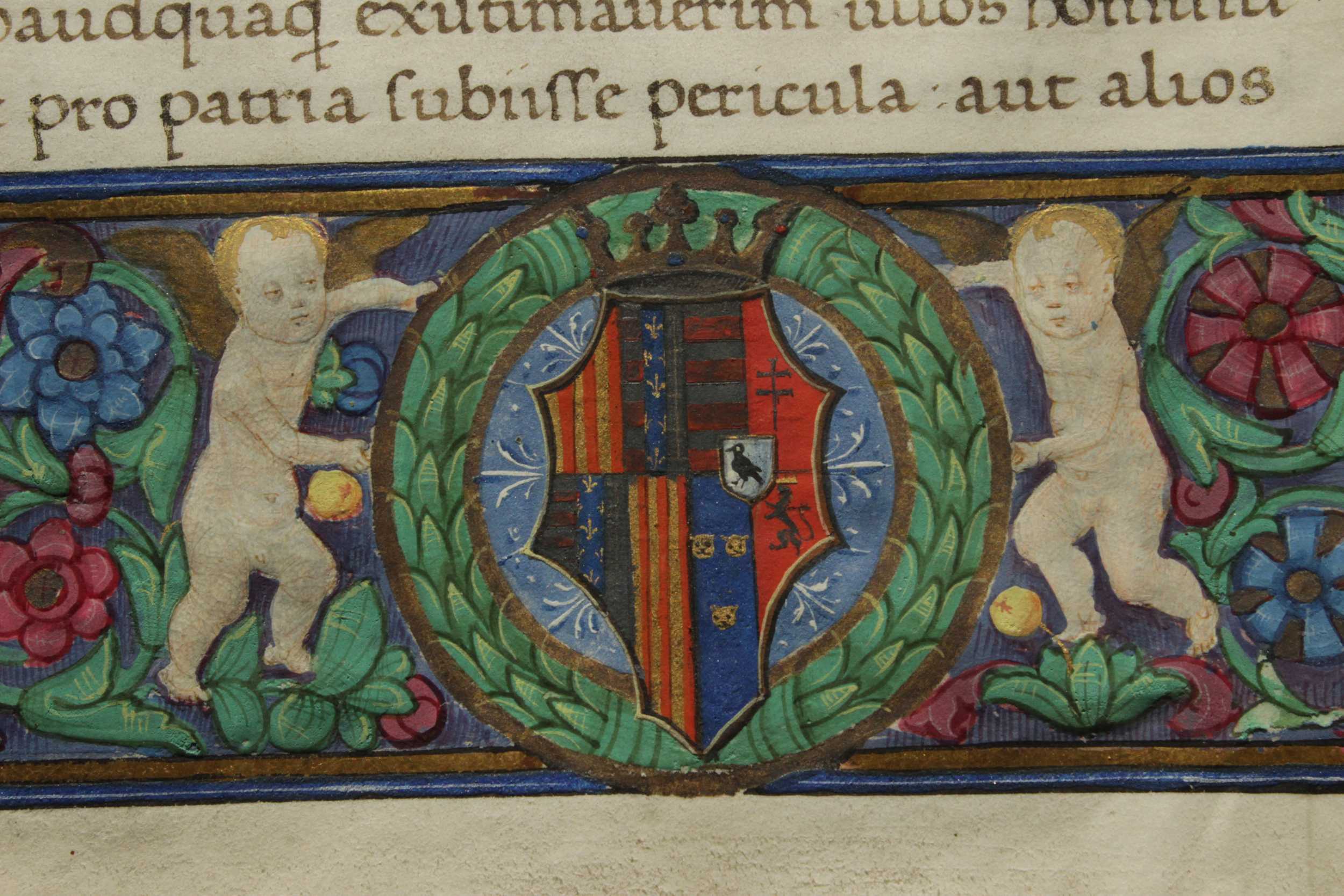 The corvina website, launched by NSZL in the fall of 2018, has been enhanced and expanded in recent months. During the summer, several content items were added to the service.

The corvina website, launched by NSZL in the fall of 2018, has been enhanced and expanded in recent months. During the summer, several content items were added to the service. Since the launch of the website in November 2018, data sheets presenting the individual corvinas have been redesigned, which makes it much more transparent what kind of digital content is available about a given codex; with special regard to digitized complete volumes; for example, Trapezuntius corvina. In addition to the 64 completely digitized corvinas published in our service, the digitized files of more than 100 corvinas, kept abroad and published on the sites of the keeper collections, are now accessible via data sheet fields; for example, Cicero: Opera (New York).

Our corvina website was expanded even during the summer. The guide made to accompany a previous exhibition of NSZL entitled The Corvina Library and the Buda Workshop contains presentation texts in Hungarian, which have been adapted and uploaded onto the pages of the individual corvinas. State-of-the-art brief descriptions of over 60 corvinas are now available on the data sheets (for example, Regiomontanus corvina). Adaptation of the descriptive texts in English, which are also included in the guide, is in progress.

On top of that, descriptions of the bindings of the following codices kept by NSZL were translated into English: Armadio I, No 1 (Diocesan Treasury and Library of Győr), Cod. Lat. 249, Cod. Lat. 281, Cod. Lat. 413 and Cod. Lat. 429. The English texts, together with captioned images, have been uploaded onto the English version of our corvina site. (The meticulously written new binding descriptions and the related photos were made by Andrea Vilcsek and Zsuzsanna Tóth, staff members of the Restoration and Bindery Department of National Széchényi Library.)

In recent months, the Bibliography menu point of the content service has also been supplemented with dozens of new items. Due to options provided by filters and with the help of researchers, the lists are expected to be significantly expanded in the coming months.

At present, our corvina website is made up of 2,500 nodes including 26,594 (!) images, such as photos of bindings, decorative photos and images related to the narrative of the service.