Even in the previous centuries it had been a custom to portray rulers with images of impersonated virtues, but in the 15th century almost all the major Italian princely families had distinctive emblems in addition to their coats-of-arms; the origin of these emblems usually referred to the history of the given family. In line with the fashion of the age, similar emblems were created for King Matthias as well. It is unclear who made the selection, in any case, the emblems are mainly characteristic of the corvinas made in Florence. However, occasionally they are also displayed on floor and stove tiles that have survived from the royal palace. These symbols were clear to the contemporaries of those times, for us, however, it is rather difficult to interpret them. But no doubt, they can be associated with Matthias, the king, and with Matthias’ attributes.

A collection of King Matthias’ virtues is offered, for example, by the foreword to the Averulinus corvina (Venice, BNM, Cod. Marc. Lat. VIII. 2 =2796) which was penned by translator of the volume Antionio Bonfini towards the end of King Matthias’ reign. The court historian lists the king’s virtues, totaling eight, corresponding to the number of emblems: fides (faith), sapientia (wisdom), prudentia (prudence), fortitudo (bravery), magnitudó (greatness), temperantia (temperance), iustitia (justness), benignitas (kindness). Although the catalog of virtues might give a clue to the interpretation of the emblems, it may not fully be corresponded with them. 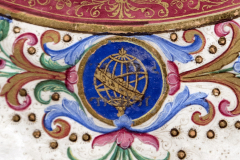 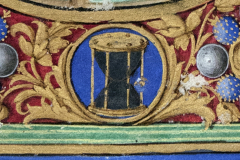 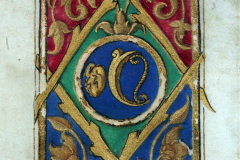 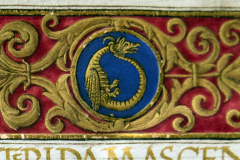 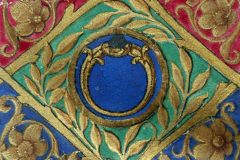 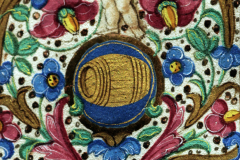 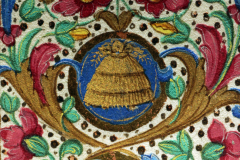 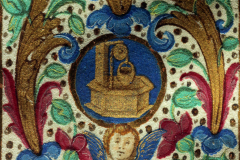