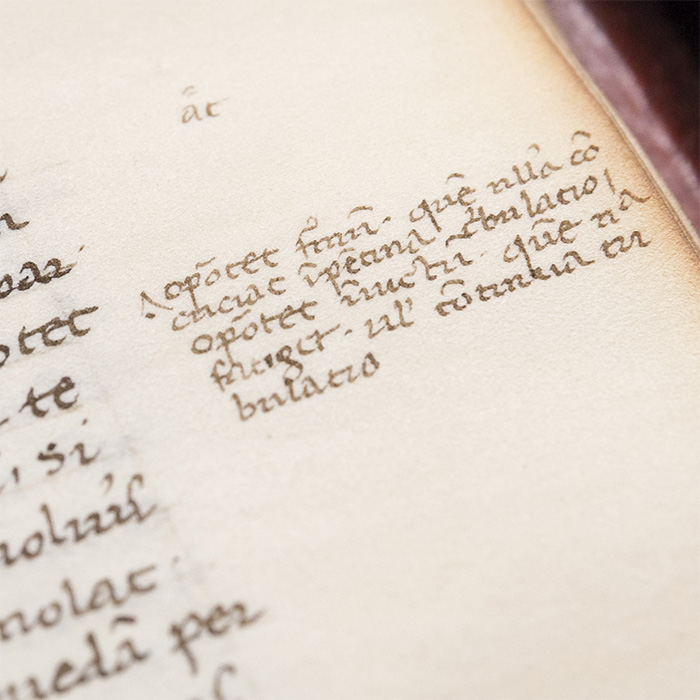 The manuscript probably belongs to the stock that had been produced in the environment of Johannes Vitez archbishop of Esztergom around 1470. It was completed later in the royal workshop of Buda with a modest border decoration by the “First Heraldic Painter”, and an original leather Corvina binding. The book passed into the possession of Johannes Alexander Brassicanus during the reign of Louis II in 1524–5. Brassicanus wrote the missing title and the author’s name on the margin of the initial page.
On the rear table there is a phenomenon rare on the Corvina bindings. A hole was made on the table for a fixing chain which raises the question of whether there were chained books in the Corvina Library. However, no further signs confirm that theory, besides the hole was made into the letter ‘A’ of the accurately worked gilded title (DE CONSIDERATIONE) on the upper stripe which is hardly conceivable of the Corvina bookbinder, a master of perfectly executed, aesthetically top-quality works. (Ferenc Földesi)