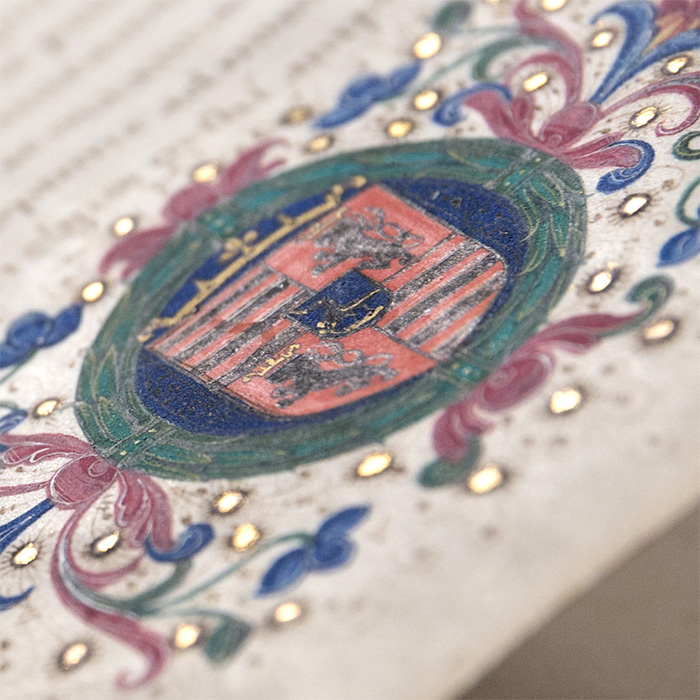 During the century of Humanism, several translations were made into Latin from the speeches of Isocrates (436‒338), orator of Athens. From the first work included in this codex, the speech to Demonicus, we know of seven translations altogether, three of which were made by unidentified authors. The first translator was Guarino Veronese in 1407 who completed his work in Constantinople, but the most widely known version became that of Lapo di Castiglionchio (1436), who as a matter of fact, made use also of Guarino’s text.
The copyist was the same as the scribe of the manuscript with Janus Pannonius’s translation and the supplement of the Regiomontanus Corvina of Vienna. The manuscript must be regarded of poor quality as some faulty parchment leaves were used for its production and the scribe had to avoid the holes when copying. The illumination, however, is a rich masterpiece of the “First Heraldic Painter”, from one and a half centuries later. The ornamental border with purple base and gold leaf reflects the influence of the works of Attavante degli Attavanti of Florence, a regular supplier of the Corvina Library. (Edina Zsupán)