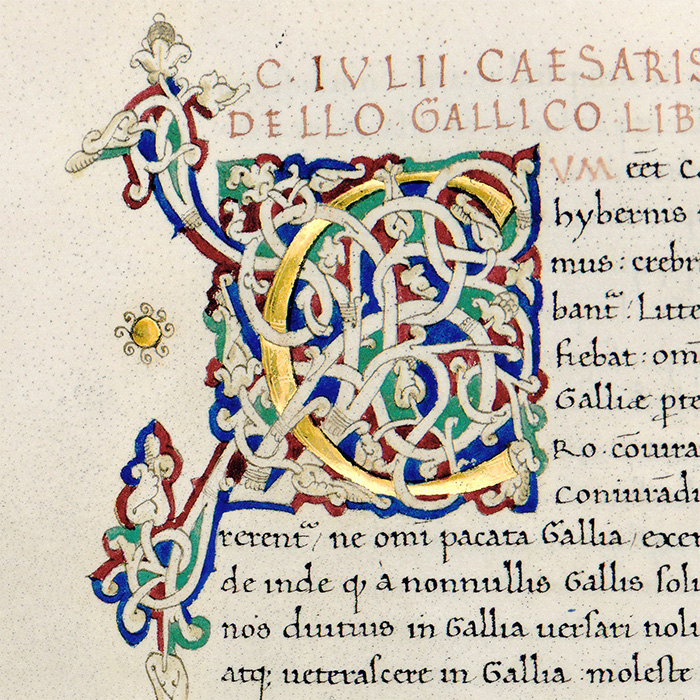 The codices donated by Sultan Abdul Hamid in 1877 to the Hungarian university youth were rebound before the donation in uniform red, white and green bindings after the removal of the original.
The codex contains the so-called Corpus Caesarianum with two authentic works of Julius Caesar (100–44 BC) and supplements by other unknown authors. Bellum Alexandrinum was probably written by Hirtius, as well as the 8th book of Commentarii de bello Gallico. The Corpus in this form was probably finalised after Livy but before Suentonius.
The front of the codex is only fragmentarily preserved; the title-page that supposedly was decorated with King Matthias’s coat of arms, is missing. It is only the gilded and painted edges with leaf-motives, typical of the Buda workshop, that prove that the codex once belonged to the royal library. The manuscript originally belonged to Marino Tomacelli who spent several years in Florence as ambassador of Ferdinand I of Aragon, King of Naples. (Edina Zsupán)

For a detailed codex description see: