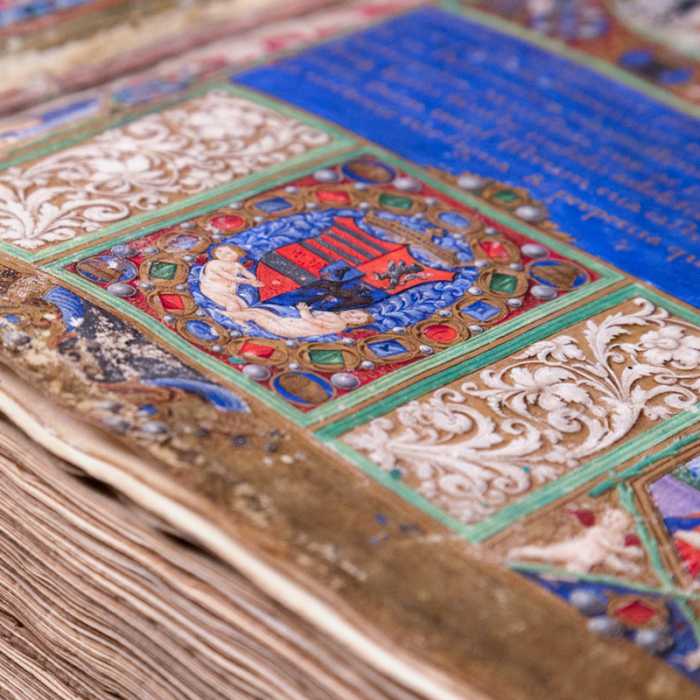 The Philostratus corpus was a great discovery of Renaissance. As revealed by Bonfini’s preface, the Greek original was handed over to him by Taddeo Ugoleto during the siege of Becsujhely (Wiener Neustadt). Bonfini completed the translation in three months under the attention of a small circle of learned friends. He dedicates to King Matthias especially the first work of the volume with an odd summary: “If you consider the Greek and Trojan heroes, you will see that they were more inclined to lies than truth”. Bonfini says Matthias achieved greater fame with his triumphs in Austria than the participants of the Trojan War. Therefore, Philostratus’s dialogue on the Homerian heroes plays the role of example in the corpus as a tool of royal laudation in line with the translator’s preface. The preface of laudation plays a key role in the volume. Bonfini praises the monarch on the occasion of the take of Wiener Neustadt with the description of the siege and the following march of glory. The exquisite decoration of the double title-page (See the digitized corvina!) is related to this message. The iconography is composed according to the classical rhetoric rules of laudation and presents the king’s virtues in war and peace. Obviously, the martial virtues are more emphasized. On the right, in the initial letter, we can see the march of glory (The figures in the corners might be identified with the author [upper left] Bonfini [upper right], Prince Johannes Corvinus [lower right], and his fiancee Bianca Maria Sforza [lower left]). On the borders of the left title-page, there is a row of antique style medals with the portraits of Roman Caesars who supported culture and military leaders who excelled at war: Hadrian (lower left), Nero (upper left), Germanicus (upper right), Faustina, wife of Marcus Aurelius (lower right). King Matthias is among them, at the center of the left side border decoration. Opposite to him, within the right border decoration, we can see Lorenzo de’ Medici’ famous antique carneol intaglio (gem with a figural decoration) that depicts the musical contest between satyr Marsyas representing violent barbarian orgy with his flute and the god Apollo playing pure and lofty music on his lyre. (The contest ended with Apollo’s triumph; the god finally skinned Marsyas as wisdom and art defeated barbarism.) Matthias’s cultural virtues are represented also by the library, referred in the index of contents of the left title-page as Corvina Bibliotheca. The decoration of the manuscript made great influence on the lesser masters of the Buda workshop who often followed its patterns in their works. (Edina Zsupán)