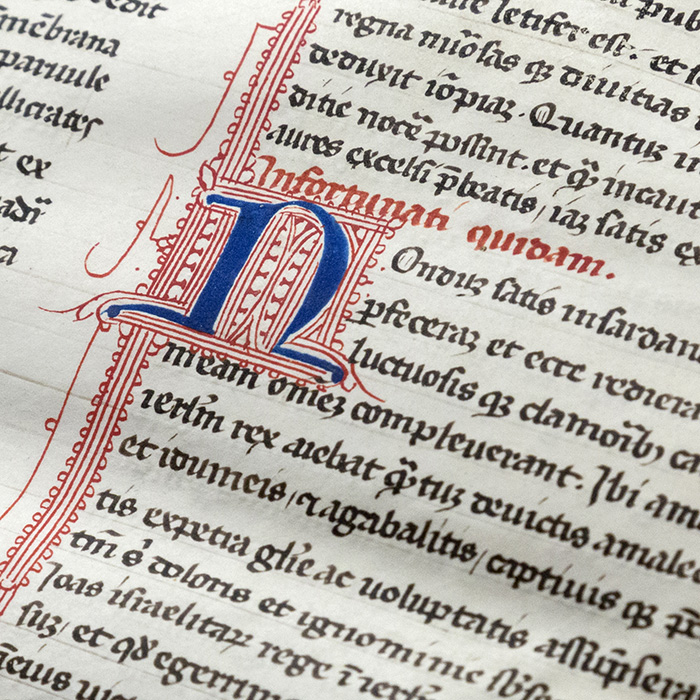 If this codex arrived at Buda from Italy as a conscious acquisition, it probably was not for its looks. Contrarily to the Renaissance manuscripts, it still reflects the fashion of an earlier period with Gothic writing, two-column layout and adequate decoration. The Italian or Hungarian humanist who chose it for the royal library, must have done so because of the contents. Boccaccio (1313‒75), known today mainly for his collection of short stories, in the 15‒16th centuries was more famous for On the Fates of Famous Men, his most influential work at that time. Plenty of copies were made of it as well as translations into the early national languages. The work can be regarded as a collection of exemplar lives that illustrate how Fortuna (Fate) intervened in the lives of men from Adam up to the contemporaries including Petrarca. In terms of topic, it fits into the genre of exemplary literature, mirrors for kings and sayings of famous men that could serve for Matthias as examples to follow or discard. Several works of this sort are known from the royal library.
As the title-page was cut out of the volume, it is classified into the Corvina collection because of its leather Corvina binding. (Ferenc Földesi)