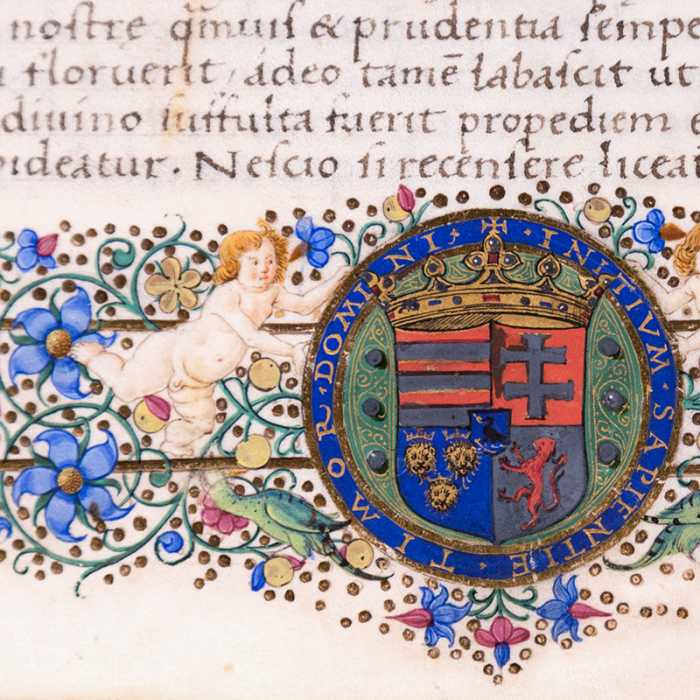 This work by the most famous astronomer of the era, Regiomontanus, is a collection of problems that astronomers may face during their daily work (including the conversion between two coordinate systems and the rise and set of planets).
The manuscript perfectly illustrates the first steps of book manufacturing in Buda around 1480. It is a volume previously copied in line with the medieval traditions and decorated in Gothic style that was then given a Renaissance look to fit in the royal collection of a Renaissance-Humanist monarch. The metamorphose is represented by the title-page designed entirely in the Renaissance spirit – ten years later than the publication of the main text.
The binding was probably made by the – probably Italian – master whom research gave the working name “Egidus”. He had been in the service of Johannes Vitez, and around 1480, could work for the royal court. That may indicate that at that time the famous bookbinder of the Corvinas has not yet arrived at Buda. The crown on the lion’s head in the fourth quarter of the coat of arms was probably erased. (Edina Zsupán)