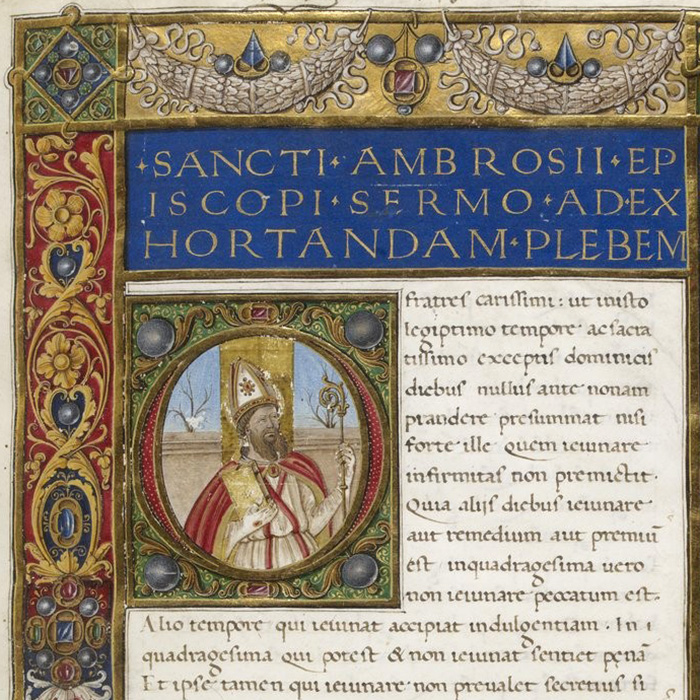 The text was probably copied among the first ones during the copying campaign that started at the end of the 1480s in Florence on the order of the Hungarian king. It was meant to be part of the collections in Buda, as shown by the scribe’s note at the end of the text: “Re de Ungaria” (“King of Hungary”). The works of the less-known author, Maximus, bishop of Turin (late 4th century ‒ early 5th century) appear in the codex as if written by Saint Ambrose. The manuscript was illuminated in Buda by the “First Heraldic Painter”. At the bottom of the title-page we can see the Aragons’ coat of arms with a crown and two gems at either side that were painted over probably because of the death of the king. The inventory of the library of a later owner, Georges d’Amboise (1460–1510) archbishop of Rouen, records that the codex had originally been bound in violet velvet. (Edina Zsupán)